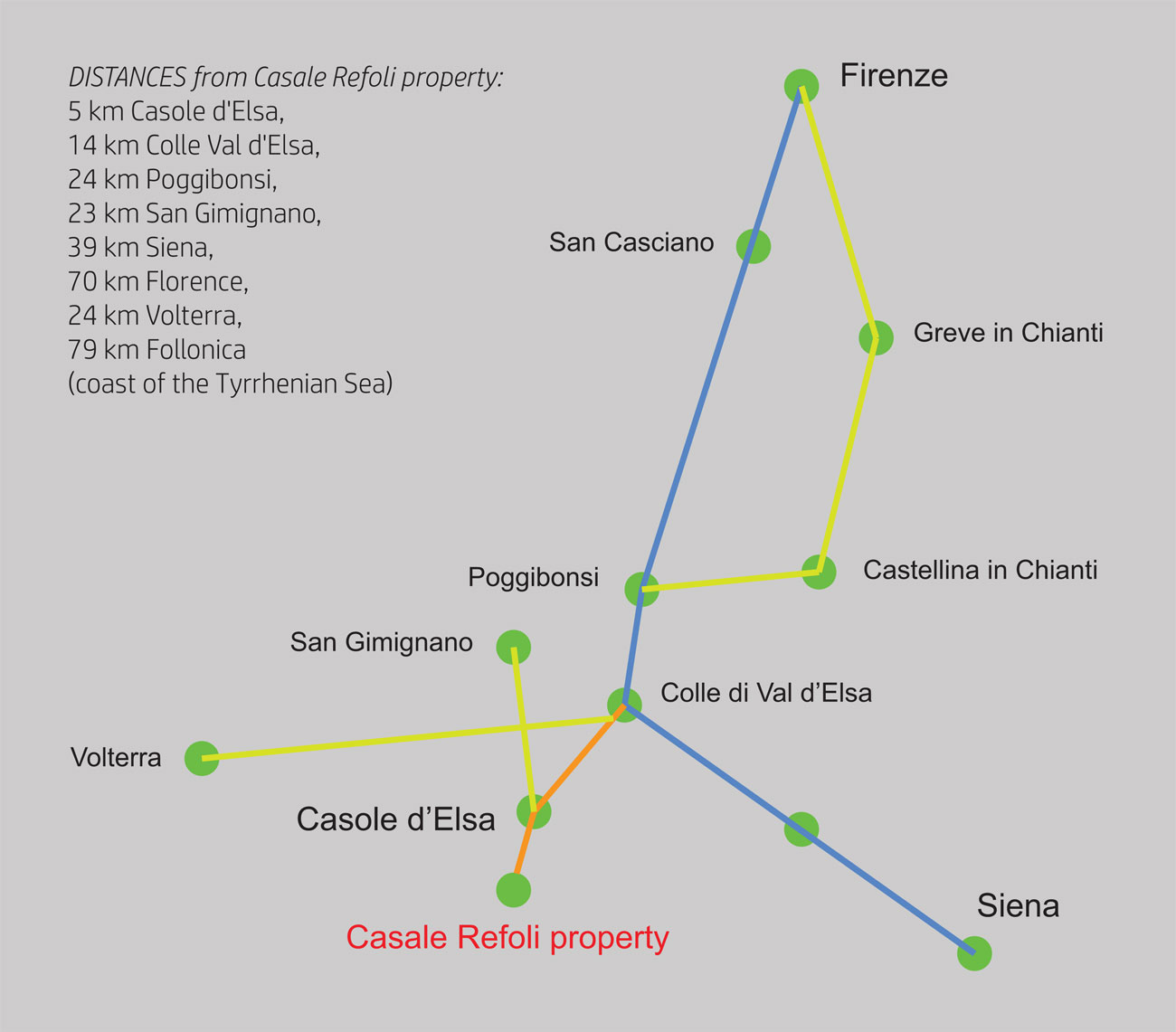 The property it's accessed by a unpaved country road of 2.0 km. This country road is not suitable for sports cars or too low cars. 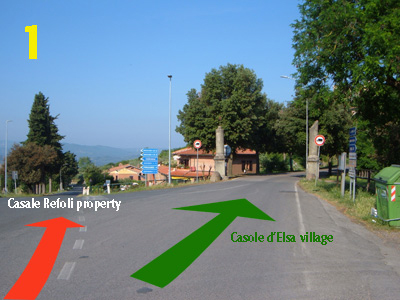 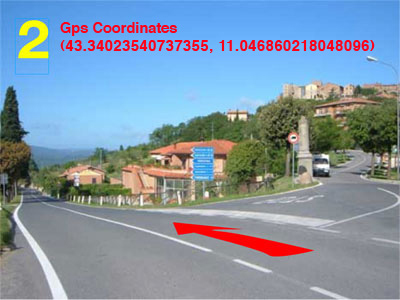 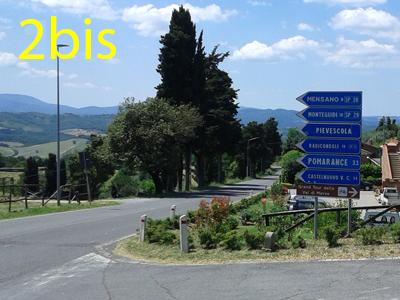 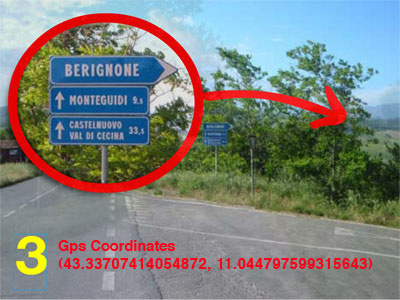 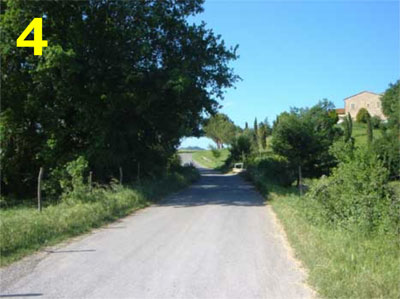 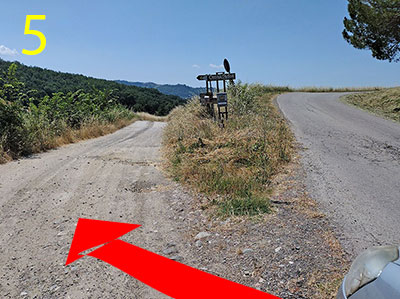 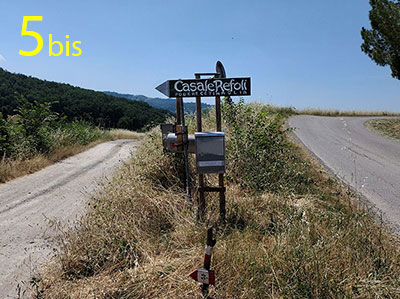 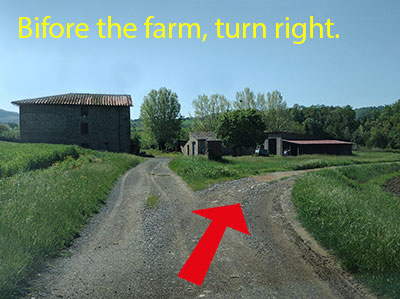 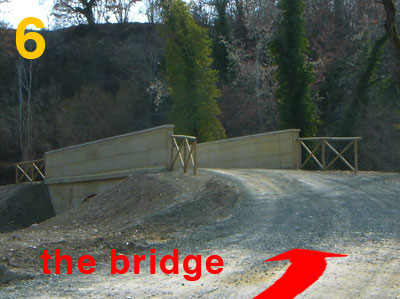 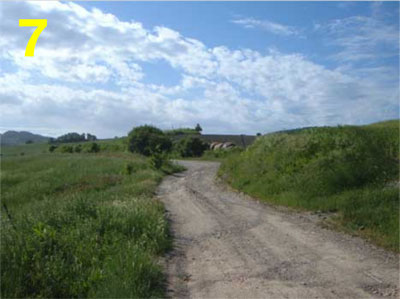 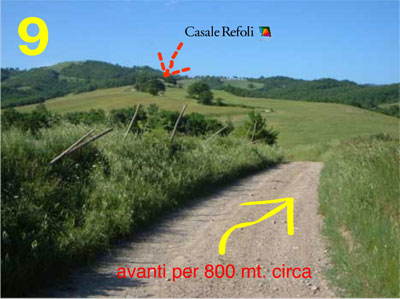 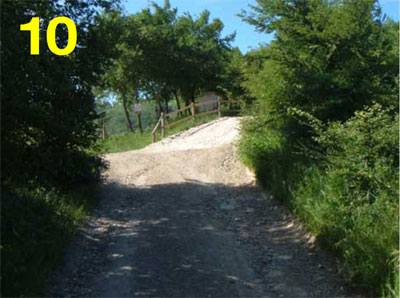 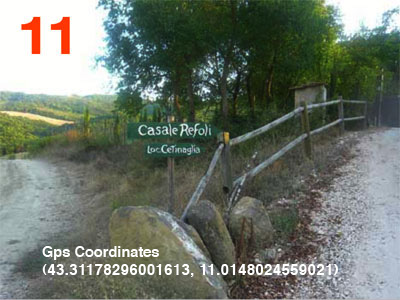 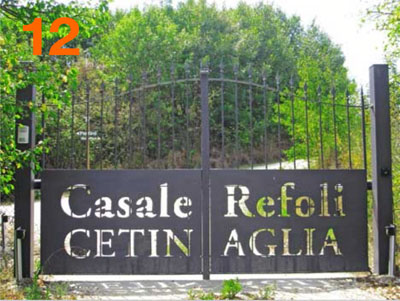 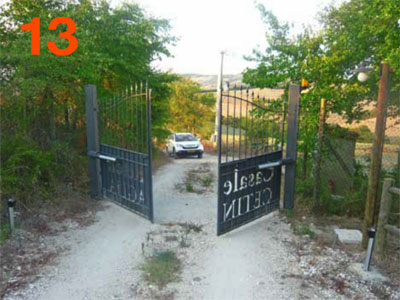 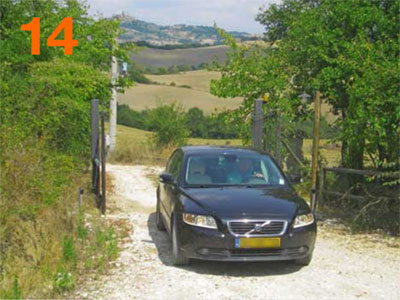 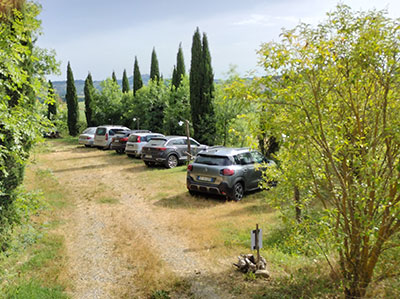 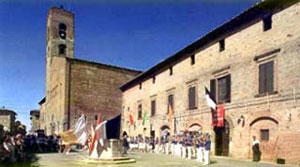 As important historical town of Val d'Elsa, Casole d'Elsa is of ancient Etruscan origin. Long disputed between Florentines and Volterrans, the village of Casole owes its impressive walls to the Sienese rule.
These still well-preserved defensive walls surround the historic buildings at the heart of the town's life, such as the Rocca, seat of the Town Hall, Palazzo Pretorio - the Praetorian Palace - or the churches of Santo Spirito, San Pietro and San Niccolò. The view from Casole's high walls is definitely spectacular.
Casole municipality has been awarded the Orange Flag, the mark of quality for tourism and the environment of the Touring Club Italiano, awarded to inland towns which distinguish themselves for the quality of their hospitality. The characteristic events which take place every year are the Palio - a horse race uphill with horses ridden bare-back, particularly difficult both for horses and for jockeys - the Live Nativity Scene and the Historical Procession. 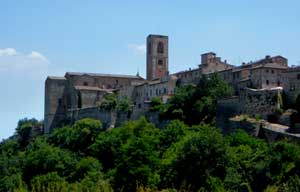 Colle di Val d'Elsa, thanks to the high concentration of companies that produce crystal, it is a welcoming city jewel, which offers visitors the finest shopping opportunities. Colle Val d'Elsa is located in the north of the province of Siena, along the road linking the provincial capital in Florence.

The country is divided in the old village, called Colle Alta, and the new part, Colle Bassa. Always been the scene of war between Guelfi and Ghibellines, in 1500 finds its dimension as a new diocese and with the industry's economic explosion of iron and glass. The upper part is the oldest, the first settlement from Colle, of the tourists on holiday in Tuscany, which can be accessed from Porta Nuova and via the Memorial, where there are parking places.

The lower part, with central Piazza Arnolfo it's the seat of productive activities. The crystal industry, direct descendant of that of glass and iron, decreed the Colligiana economic explosion in the sixteenth century. In the nineteenth century it was called the Bohemia of Italy and today Colle Val d'Elsa is known around the world as the Città del Cristallo, boasting 15% of the world's production of crystal, and over 95% of the Italian. 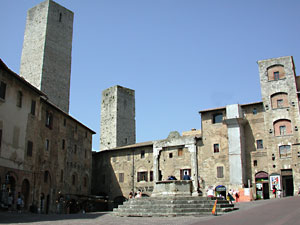 The city, entirely surrounded by walls, is divided again on the ancient system with the route of the Francigena. The splendid towers are an attraction of international fame and today the city is a UNESCO world Heritage.

Visiting San Gimignano is to immerse yourself completely in the atmosphere of an ancient village; its appearance in fact remained mostly intact and the city is still one of Europe's best examples of municipal age urban organization. The characteristic feature of this country - that any tourist captures even distant - are the spectacular and unmistakable towers that dominate the landscape, each of which has its own story to tell. 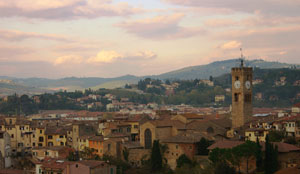 Set in Alta Val d'Elsa it is known for its location as the gateway to the Chianti and its hills, vineyards and crops, as well as via the starting and transit to the most important cities of art and culture of Tuscany. In the recent past Poggibonsi was an important wine center, so much so that its annual festival called thel Pigio - That in key folk reconstructs the event of crushing grapes - it is a much anticipated event by locals and tourists. Currently the city's industrial vocation has not prevented to develop an important role in tourism with many hotels and farm structures. Inside and outside the Poggibonsi city you can visit several sites for archaeological, historical or artistic.
By example il Palazzo Pretorio , la Basilica di San Lucchese , la Fonte delle Fate , or Poggiobonizio e la Fortezza Medicea di Poggio Imperiale where the whole hill with its ancient treasures is the Parco Archeologico e Tecnologico . 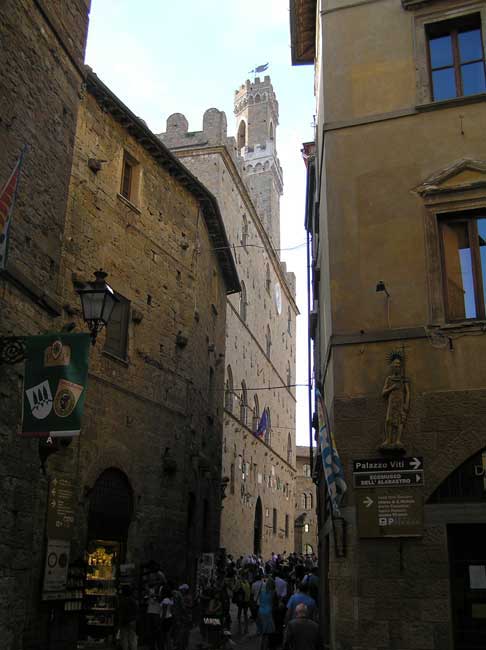 History in Volterra goes back to the remote Etruscan age, through the Roman period, the Middle Ages and the Renaissance. Important vestiges such as the city walls with the arch gate Porta dell'Arco, the necropolis and the archaeological finds in the Etruscan Museum Guarnacci with jewels and funeral urns, make Volterra a very attractive town.
The Vallebona Theatre dating back to the Augustan Age, and the impressive Medicean Fortress are a must on the tourist itinerary not only for Volterra's history, but also for its architecture.

Apart from its museums, Volterra is also renowned for alabaster craft and gastronomic tradition. Summer is the period of cultural events, art exhibitions and concerts. 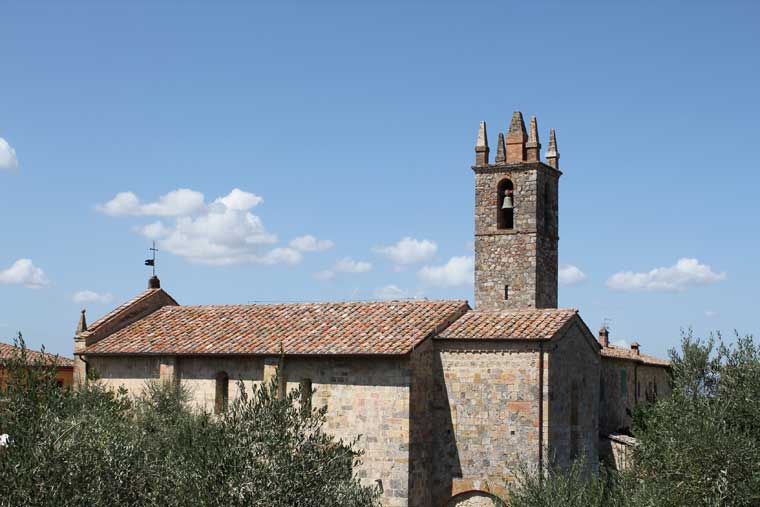 Monteriggioni is the Sienese door to Val d'Elsa in defense of Francigena. To cross its doors is like stepping back in time; It is a place where history and scenery come together in a rare example of natural beauty.
In the gentle hills of Siena landscape. The town of Monteriggioni can only evoke the Middle Ages with its thirteenth-century walls and fourteen square towers. Towers that Dante compared to the giants of hell, in the time when this site was fortified outpost of Sienese against the Florentines, passing repeatedly from one to another.

Castellina in Chianti lies on top of a rolling verdant hill that separates the Pesa and Staggia rivers offers the sight of a large-scale landscape and beautiful countryside. The origins of Castellina in Chianti are ancient and noble. In the thirteenth century it was built on the high hill and probably of Roman ruins a castle with two doors and one road on which overlooked the few homes.

With the name of Castellina in Chianti Trebbiesi of honoring a nearby noble family, it overlooks the history belonging to the civil jurisdiction of Florence and to the religious in Fiesole. You can visit several Etruscan tombs and it is believed that the territory of Castellina in Chianti was full of numerous settlements of this people still so mysterious. The main activity of Castellina, in addition to tourism, is the production of wine as a venue for many important vineyards. 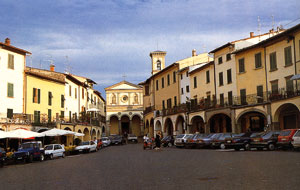 The great navigator Giovanni da Verrazzano was born in the family's castle not far from Greve in Chianti, but today the majority of Greve's residents are involved in agriculture or wine production.

Greve is considered the most typical of the cities in the Chianti Classico area. It is located half way between Florence and Siena. The area surrounding Greve is well known for its beauty while the city offers the noteworthy 19th century Matteotti Square, the beautiful loggias and the small Santa Croce Square.

The town is a rare example of the conception of the fourteenth century Italian landscape, unchanged over the centuries, a unique piece in the panorama of the city states of Tuscany.

The focal point not only architectural but also the city life, Siena is the social and tourist Piazza del Campo, known for its fan-shaped, but especially for the passions and feelings that occur during the development of the renowned Palio. Not just a horse race but the Running of the Sienesei. An event that, for its preparation and its development involves and passionate about the whole city all year round and, without exaggeration, the entire life of every citizen of Siena. 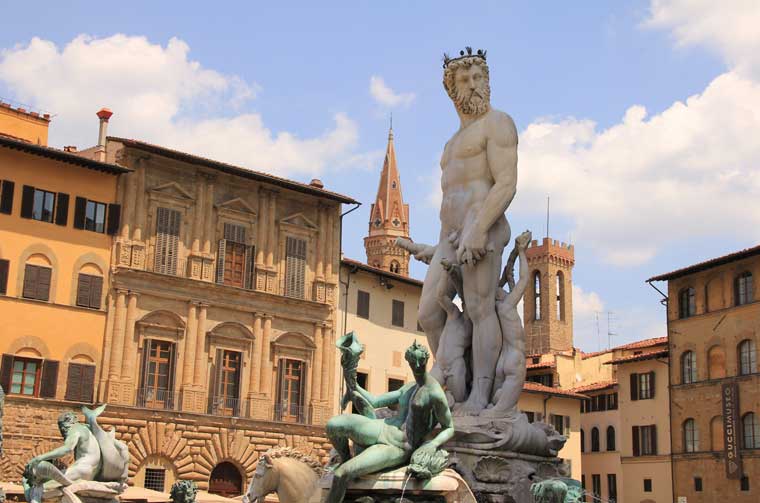 Too important, too beautiful to be described in a few lines. Florence is history, tradition, art and culture. The Tuscan capital, as it wrote Stendhal has a "subtle charm" has preserved its historic and artistic heritage known throughout the world and its historic center is a living archive of the Italian and European culture; for this reason Florence was one of the first sites to be inscribed (1982) in the World Heritage List.

Walking through the narrow streets of its old town is to imagine the intense life of the traders but also the secrets and intrigues of the political and civil power, such as Piazza della Signoria, where stands the majestic figure in the copy of Michelangelo's David (the original is the Accademia museum).

For centuries, the splendid statue faces the Loggia della Signoria, a true open-air art gallery and Palazzo Vecchio, one of the most important medieval public buildings in Italy. From here is the entrance to the Uffizi Gallery, the oldest of modern European art museum.
Florence is the Arno, the river that runs through the city: a must a ride on the Ponte Vecchio, with its historical shops of goldsmiths and silversmiths, and the corridor designed by Vasari, which connected the buildings on the right bank with the Palazzo Pitti, on the other bank of the river, and that was used by the Medici as a secure way to reach their home. Palazzo Pitti is the most monumental building and contains the Palatine Gallery (with works by Giorgione, Raphael and Tintoretto). From here, by going to the Boboli Gardens, adorned with statues and fountains, closing his eyes is easy to imagine the splendor of court life in caves, statues, fountains and rare plant species. 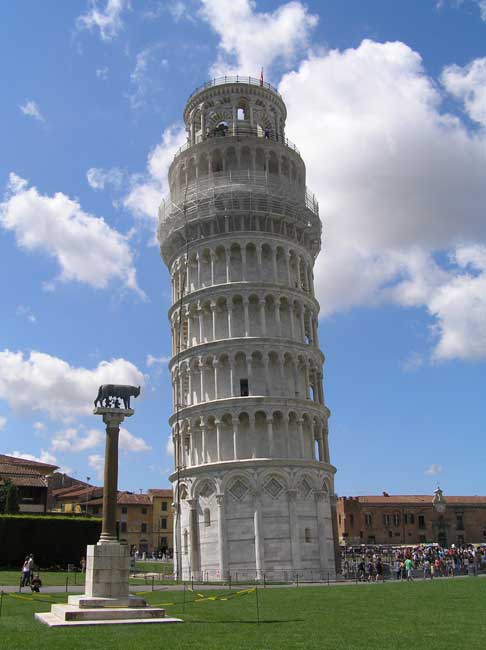 Pisa, in Tuscany, is famous worldwide for its monumental cathedral square which is part, since 1987, of the 50 Italian sites of UNESCO World Heritage List. Ancient center of city life, the complex is a tourist destination of inestimable value to the harmony of its architectural gems that deserved the definition of "miracles" by the poet Gabriele D'Annunzio.

True symbol of Pisa, the Leaning Tower or Campanile, finally, completes the picture. The structure, tilted as a result of a failure in the soil that blocked long its construction was begun in 1173, resumed in 1275 and completed in the second half of the fourteenth century.

The tower has a cylindrical structure with blind arches at the bottom that goes up with six orders of loggias that reflect the reason for the Duomo. Inside, a spiral staircase leads, with 294 steps, on top of one of the most famous towers in the world, where you can admire the belfry and the beautiful landscape.